The D&L Company is committed to good corporate governance, which promotes the long-term interests of shareowners, strengthens Board and management accountability and helps build public trust in the Company.

Our Board is elected annually and currently consists of seven directors, four of which are non-executive and independent. Select a board member's name to learn more about them. 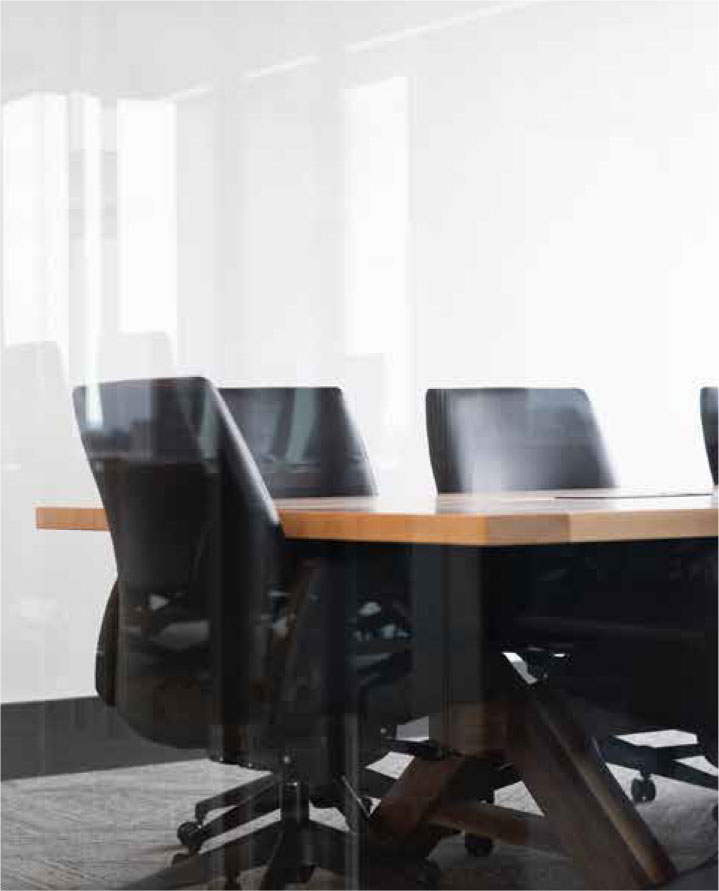 Yin Yong L. Lao is the Chairman of the Company, having been a Director since 1971 and having previously served as President. He is a Director as well as President and Chief Executive Officer of LBL Prime Properties Incorporated, Anonas LRT Property and Dev’t Corp., Hotel Acropolis, Inc. and Ecozone Properties, Inc. Yin Yong is also a Trustee of the Association of Petrochemical Manufacturers of the Philippines. He also serves as a director of the following: Aero-Pack Industries, Inc., Chemrez Technologies, Inc., Chemrez Product Solutions, Inc., First in Colours, Incorporated, Oleo-Fats, Incorporated, Malay Resources, Inc., First Batangas Industrial Park, Inc., Color-Chem Corp., North Mactan Industrial Corporation, and Jadel Holdings Co., Inc. He is a fellow of the Institute of Corporate Directors, Member and Vice Chairman of the Board of Trustees of Lao Foundation, Inc., Member of Philippine Foundation for Science and Technology and UP Engineering Research and Development Foundation, Inc. (UPERDFI). He graduated from the Ateneo de Manila University with a Bachelor of Arts degree in General Studies.

Alvin D. Lao became a Director and President and Chief Executive Officer of the Company in August 2016. He also serves as an Independent Director of Xurpas Inc. and as a Director of Axis REIT, a real estate investment trust listed in Malaysia. He is a Vice President of the Technology Club of the Philippines (Philippine alumni of the Massachusetts Institute of Technology) and past president of the Entrepreneurs Organization (EO, Philippine Chapter). He is a current member of the Financial Executives Institute of the Philippines (FINEX), Wallace Business Forum, Akademyang Filipino, and Management Association of the Philippines. He was recently appointed as a member of the Advisory Board of Urban Land Institute – Philippine Branch. He is also the Executive Vice President and Treasurer of LBL Prime Properties, Inc. His other directorships include: Gurango Software Corporation, First in Colours, Incorporated, D&L Polymer and Colours,Incorporated, FIC Tankers Corporation, Ecozone Properties, Inc., Anonas LRT Property and Dev’t Corp., and Hotel Acropolis, Inc. He graduated from the University of Western Australia with a Bachelor of Science in Information Technology (Honours) and Statistics. He also holds a Master’s degree in Business Administration from the MIT Sloan School of Management.

Corazon de la Paz-Bernardo is an independent director of the Company. She headed the Social Security System from 2001 to 2008 as President and CEO. Prior to this, she built a successful career as a certified public accountant at Joaquin Cunanan & Co (Price Waterhouse Coopers Philippines) from 1967 to 2001. She was also the first non-European President of the International Social Security Association from 2004 to 2010. She continues to be an independent director or trustee of other companies including Roxas & Co., Republic Glass Holdings, Phinma Energy Corporation, Phinma Petroleum and Geothermal, Inc., University of the East, University of the East RMMMCI, Miriam College, and Del Monte Philippines, Inc.. She is currently the Vice Chairman of the Shareholder Association of the Philippines. Mrs. de la Paz-Bernardo is a graduate of the University of the East (Magna Cum Laude) and obtained first place in the 1960 CPA board examination. She obtained her MBA from the Cornell University Johnson School of Management as a Fulbright grantee and UE scholar.

The Manual shall institutionalize the principles of good corporate governance in the entire organization.

You may download our Manual on Corporate Governance by clicking on the button below.

The Board shall be committed to respect the following rights of the stockholders, which shall be exercised in accordance with the Corporation Code, Articles of Incorporation and By-Laws of the Corporation

It shall be the duty of the directors to promote shareholder rights, remove impediments to the exercise of shareholders' rights and allow possibilities to seek redress of violation of their rights. They shall encourage the exercise of shareholders' voting rights and the solution of collective action problems through appropriate mechanisms. They shall be instrumental in removing excessive costs and other administrative impediments to shareholders' meaningful participation in meetings, whether in person or by proxy. The directors shall ensure timely distribution of accurate shareholder information necessary to make informed decisions subject to legal constraints.

The Board shall give minority stockholders the right to propose the holding of meetings and the items for discussion in the agenda that relate directly to the business of the corporation.

At D&L, our values are at the core of our work and our operations. Our corporate code of business principles (the "Code") incorporates our commitment to this fundamental and basic belief and shows the way to doing things.

We enjoin our subsidiaries, affiliates and member companies to adhere where ever and at all times to the set standards of conduct and behaviour.

We strongly encourage our people as well as our suppliers, customers, contractors and all those we partner with, to live up to the direction and guidance of the Code. We firmly believe upholding what is right and ethical greatly benefits all.

Risk is a threat that the occurrence or non-occurrence of an event or action will adversely affect an organization’s ability to achieve its business objectives and execute its plans successfully. Such risks may originate from the different business processes of the company. Through its risk management program, which includes regular reviews of such business processes by the management, D&L identifies, assesses, prioritizes and installs effective countermeasures to minimize or eliminate these risks. Risk management is not only championed by the Board but is also seen as a shared responsibility between the management and D&L employees.